YouMail is a telecommunications app that allows users to create a mobile business phone system. Users gain the ability to personalize greetings, create a menu to route calls, and read transcribed voicemail. YouMail has over 5 million users and is a profitable company. YouMail recently secured $5.5 million of series B funding in March 2015.

As the UI/UX designer for YouMail, I was tasked with improving the on-boarding experience for new iPhone users.

YouMail works by forwarding your missed calls to their service instead of the carrier’s default voicemail. In order to perform forwarding, users have to call special codes. The codes and the concept of forwarding were alien to most users. The android platform makes it a one-tap solution, but iOS security standards prohibit developers from dialing the special codes for users.

The ongoing battle to improve iPhone forwarding rates versus the Android is evident in the statistics captured. The Android growth rate was outpacing iOS significantly. 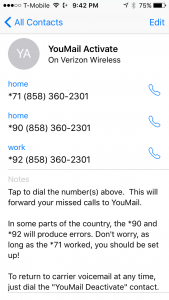 After looking into competing products, like Hullomail and Grasshopper, I found that none of those services asked users to dial the codes manually. They forced users to provide contact access so that they can create a contact with the special codes as the number. YouMail gave users the option to use both means to forwarding and we found that those performing manual forwarding by dialing the codes themselves added very little to the overall success rate. Through competitive analysis, we decided that flexibility was to be sacrificed for ease of use and simplicity. Providing the option to dial the codes manually further complicated the UI. Through this decision, we mandated users to provide access to their iPhone contacts.

I looked into the current activation screens and found out that the forwarding instructions were carrier-specific. We were most concerned with the “big four”

Other carriers also needed to be accounted for

After going through a database spreadsheet to ensure that forwarding instructions were up-to-date, I decided that a task flow diagram was appropriate to delineate the different paths users can go through based on their service provider. 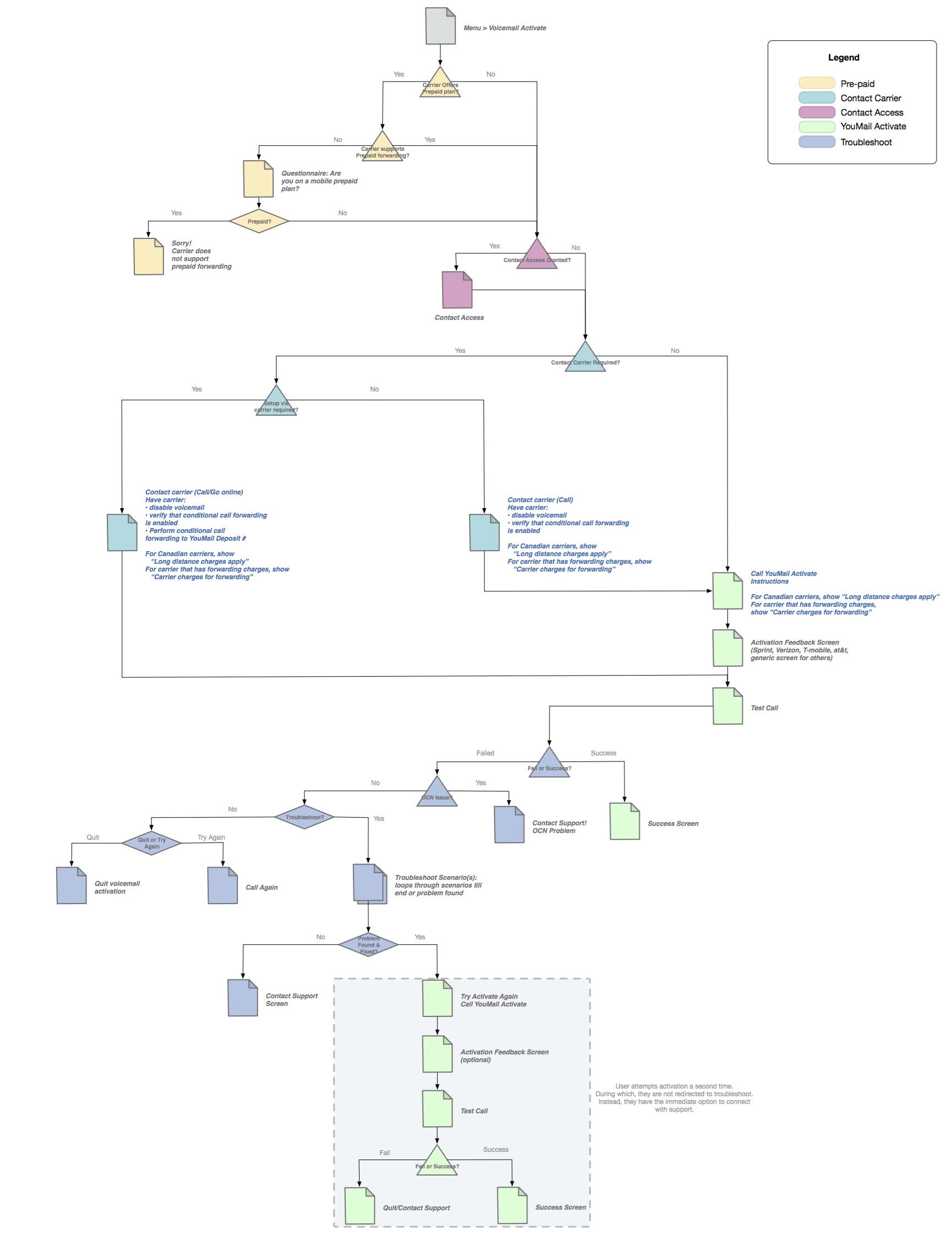 I led design workshops with management and the technology team to create the most viable user flow. We found that a past design performed better than the current solution and used it model the redesign.

The different scenarios were captured in wireframes.

The wireframes were reviewed with project management and the tech team to ensure they were feasible and captured all required scenarios.

The activation screen provides users with step-by-step instruction to set up the service.

Video tutorial demonstrates activation visually for those who are still confused.

The activation info screen briefs the user on the process.

Upon completing the activation steps, users are asked to perform a test call to ensure they have correctly set up.
YouMail performs the test call to the user's phone. This is where a majority of users receive their error message that informs them they may not be set up correctly.

In a perfect world, all users will see the success screen.
Previous Next

The new designs were a widespread success with a significant increase in on-boarding rates. 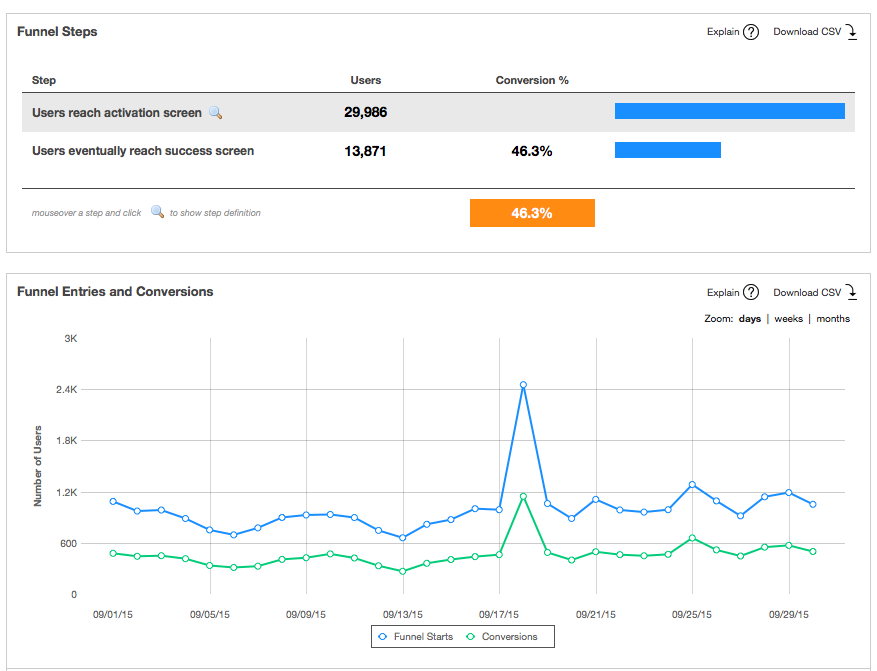 I worked with the dev team to devise funnels to identify where users were dropping off in the onboarding flow. We can see success and fail rates. We can also see if entering intermediary steps like viewing the video instructions helped increase success rates. 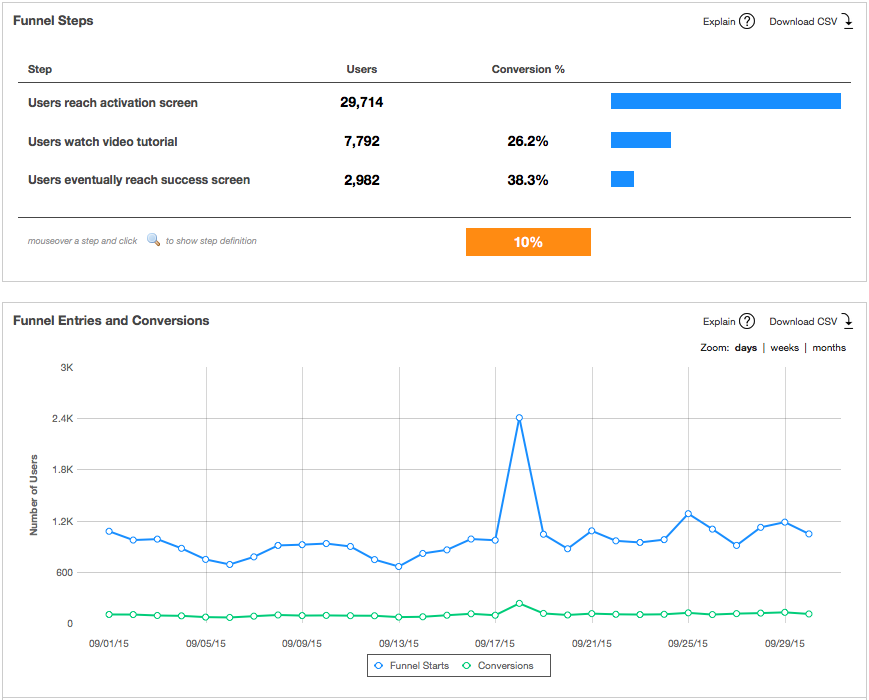 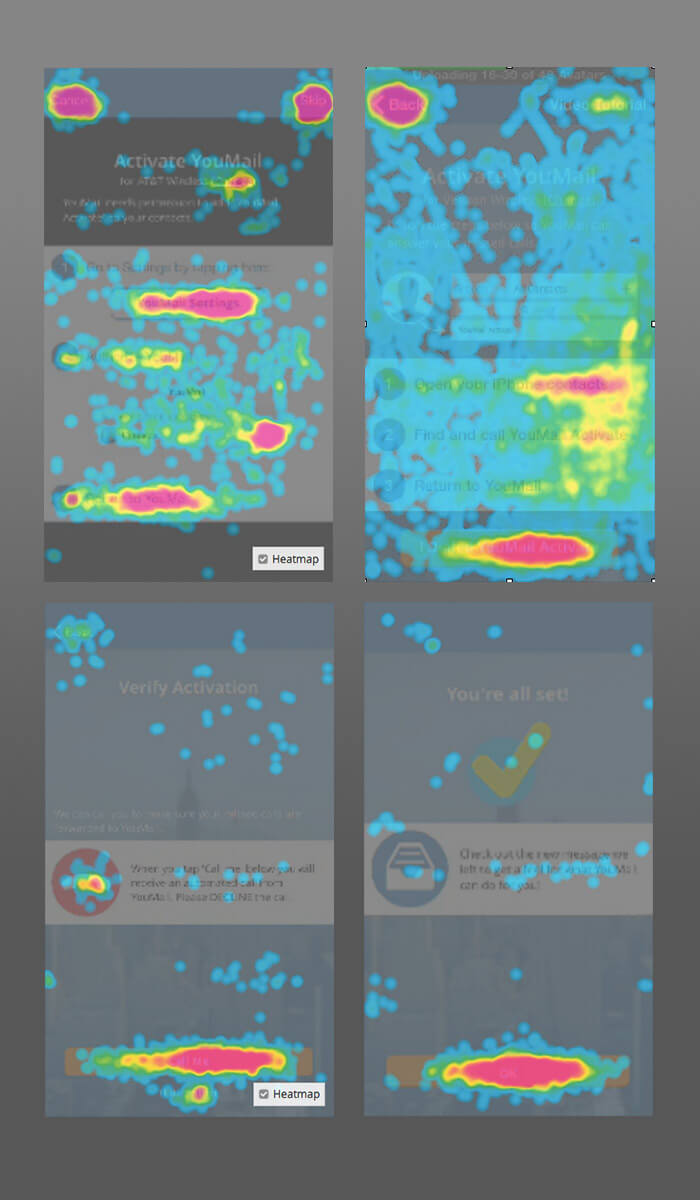 Heat maps and user recordings helped the team analyze user interactions and conduct usability studies. Insights from the recordings proved to be useful. The heat maps reveal good majority attempting to tap on static text and images, as though they were demanding an action. In the next phase of the designs, graphics will be tweaked to look less like buttons and the instructions UI will be updated to look less like a menu list.