Railway is an upcoming customer loyalty and merchant POS app for the tablet form factor. Through Railway, users are rewarded for shopping at their favorites stores. The merchant portal provides a way for owners to customize customer rewards and create digital punch cards. An interesting feature of Railway is that it makes use of bluetooth beacon technology that can detect when users are near the store front.

We held meetings with the client to discuss needed design changes based on the wireframes. I was added to the project after many design decisions were already made. Overall, the client was looking for new modern interaction design paradigms to add to the current repertoire. 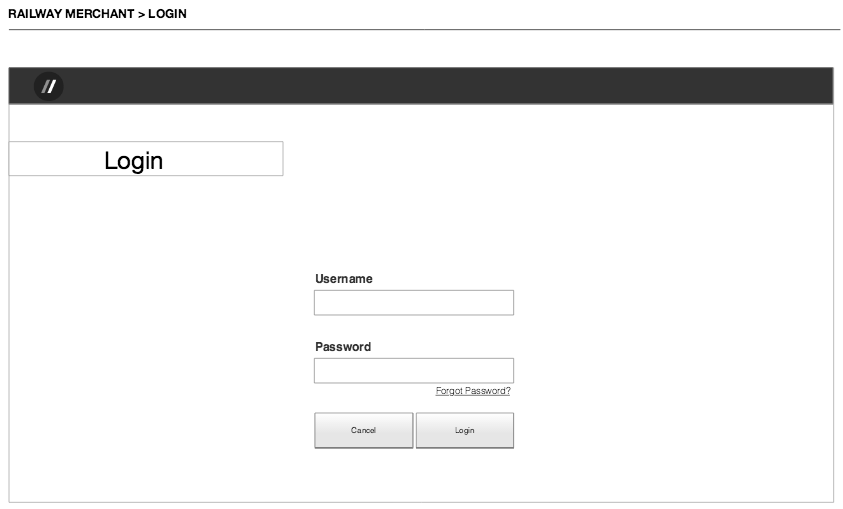 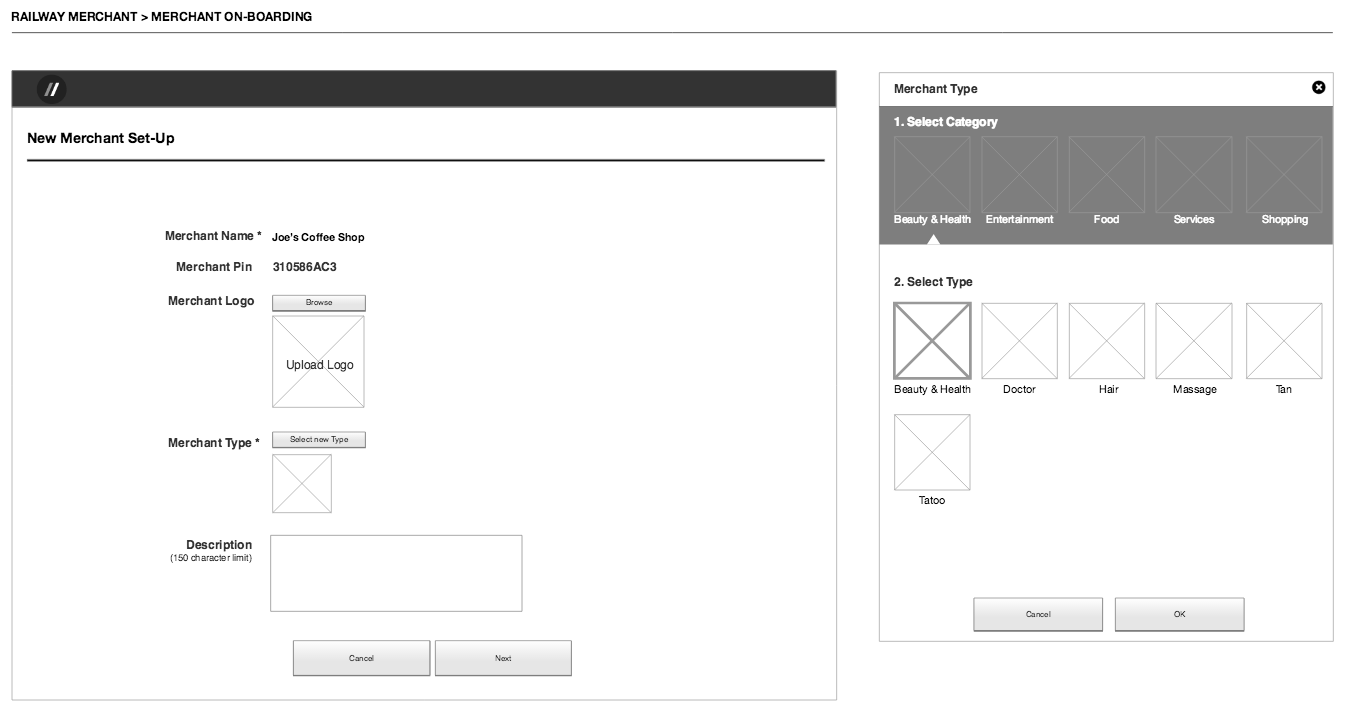 I helped create the merchant on-boarding flow. The product sought to target small businesses and compete head on with other industry leaders like Square and Shopify. 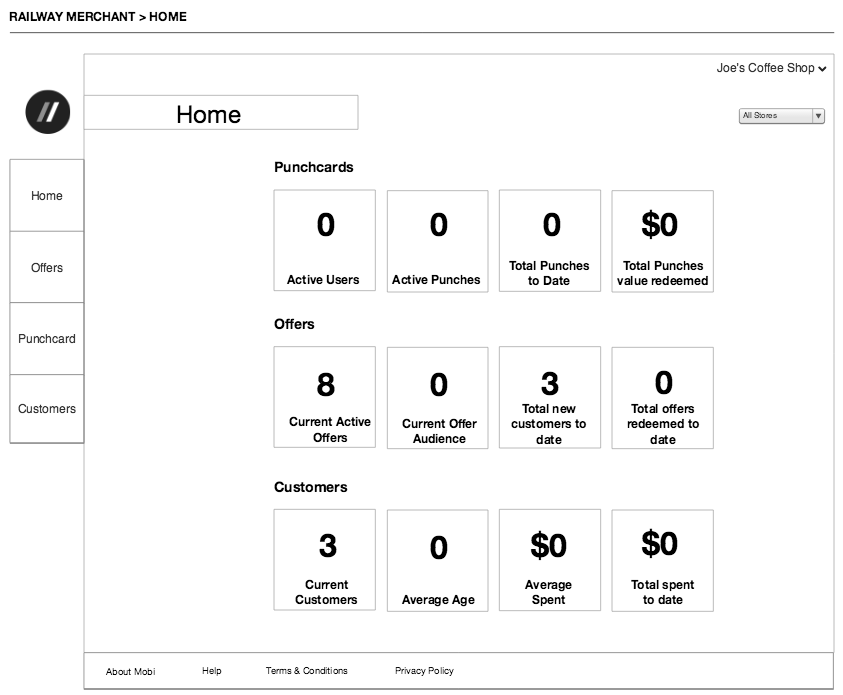 The merchant portal gave merchants the ability to create new in-store offers, create punch cards that reward users based on previous purchases, and review their customer base. 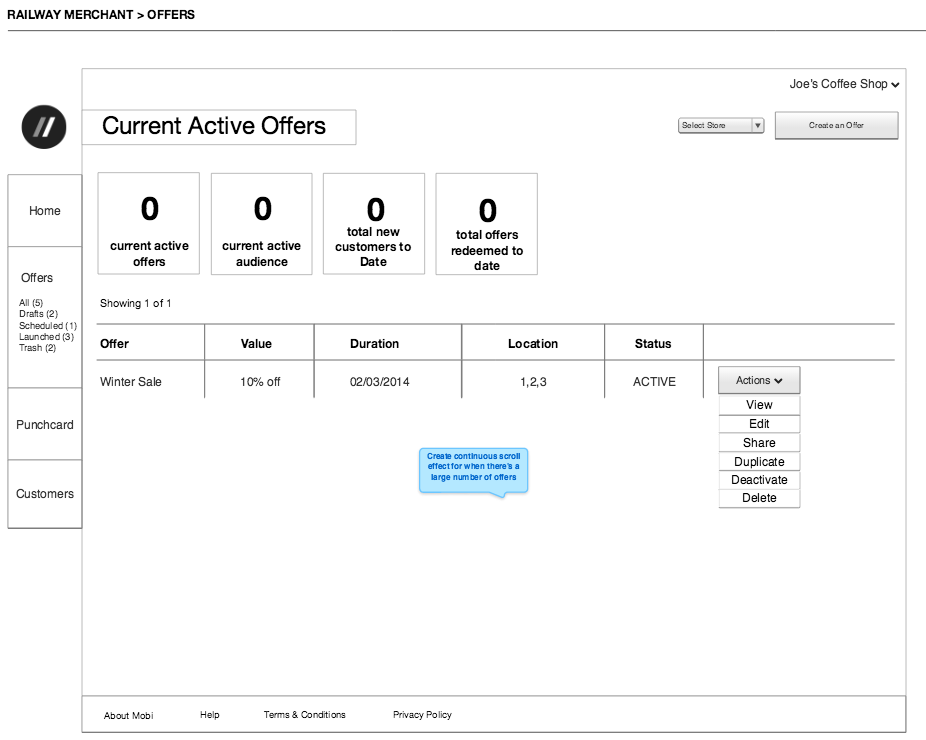 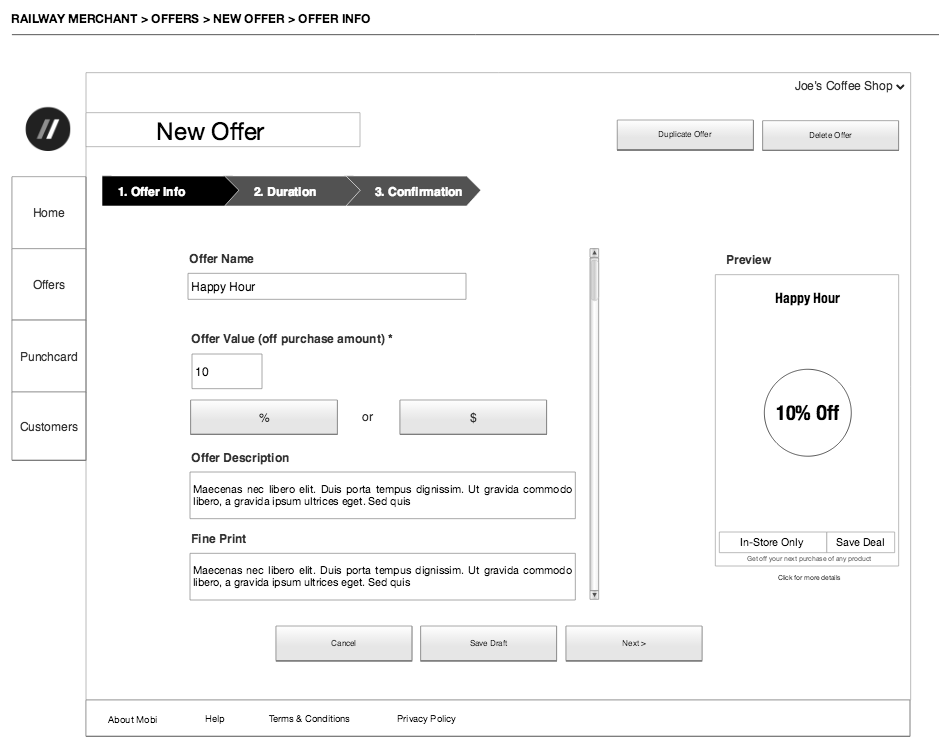 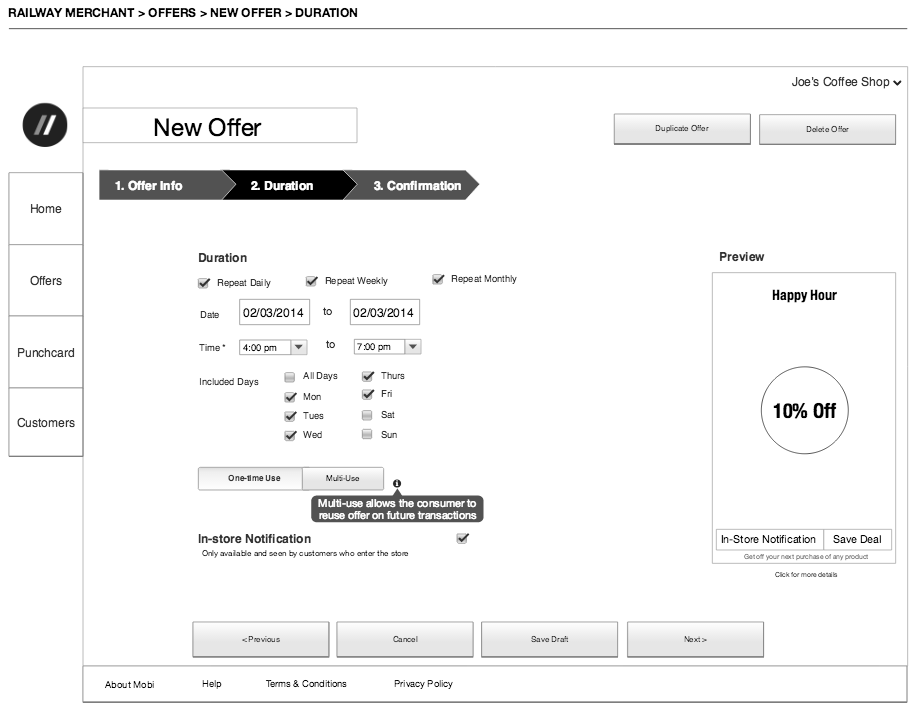 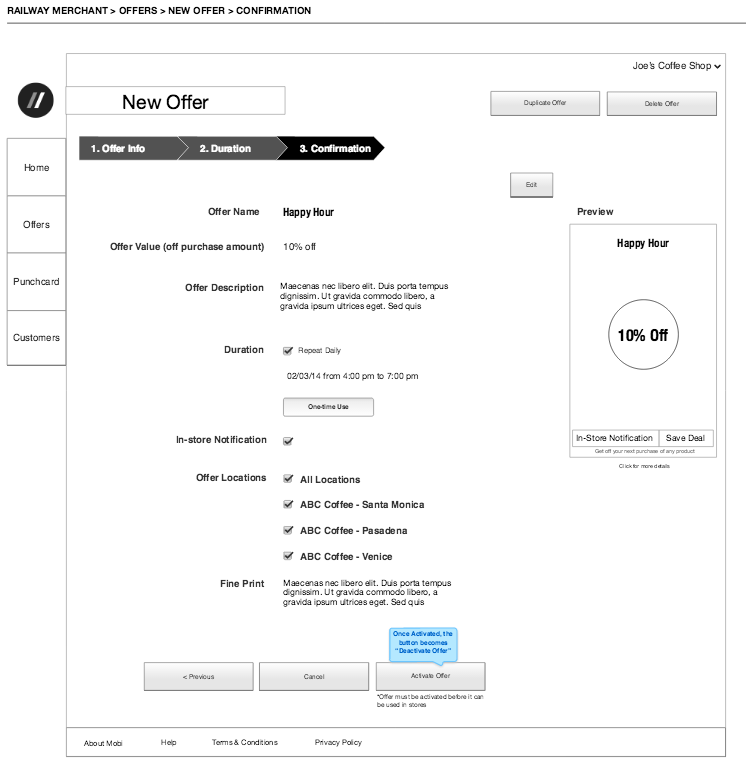 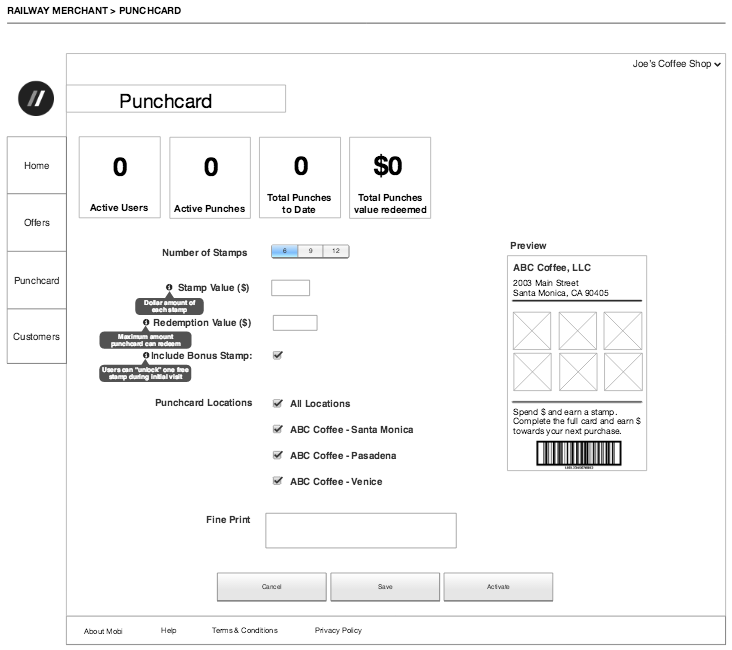 An analogy to how the punch card works is the Starbucks app, that rewards gold members with a free menu item every dozen drinks purchased. 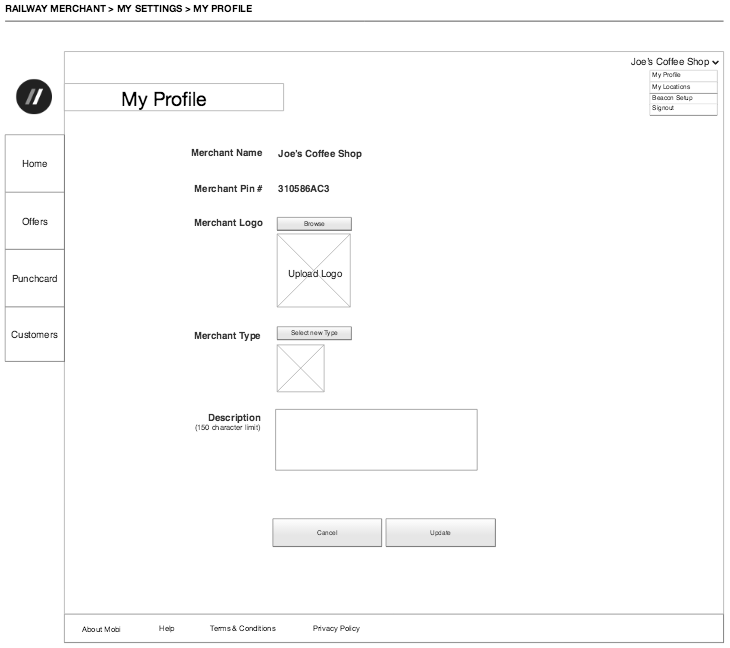 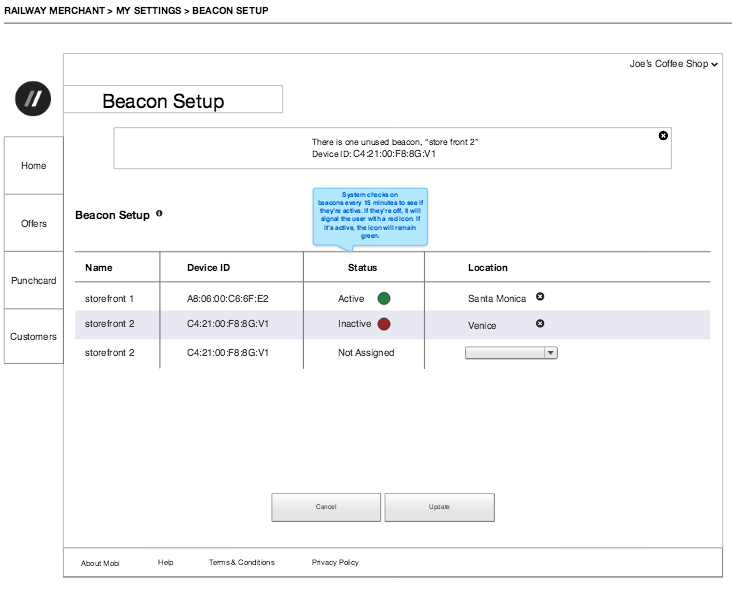 Bluetooth beacons placed physically in the store let the app know when users are nearby. Notifications can be sent to nearby users to display in-store promotions and daily deals. 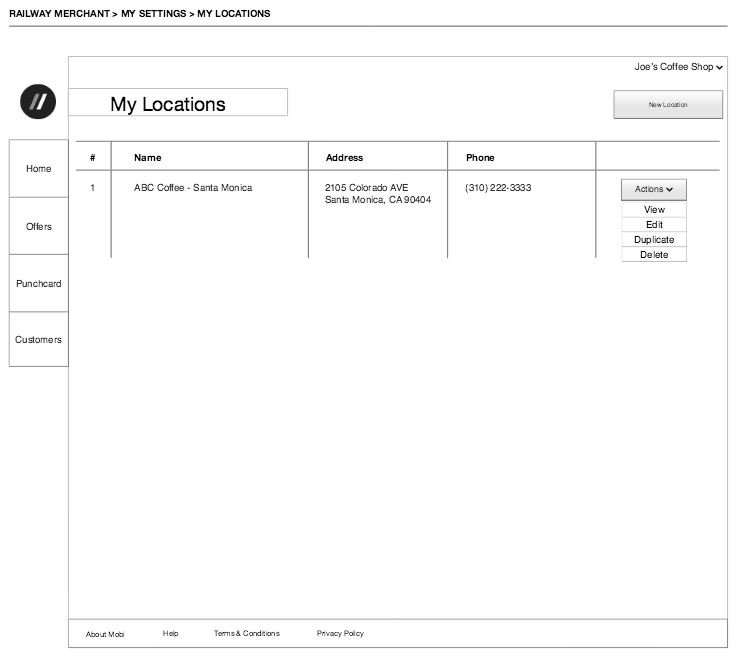 Merchants can have multiple storefronts. My Locations help merchants manage the beacon technology at each location.
Previous Next