Kumo is a startup that seeks to disrupt the TV industry with a la carte television service apps. Through Kumo, users can subscribe to specific channel networks. This business model is advantageous for the end-user, who will get up-to-date content without going through a cable service bundle.

Kumo was founded by a former Aol and Time Warner veteran, Neil Davis. It has raised over $50 million in July 2014 and has notable investors, like Mark Cuban.

Learn more about Kumo on TechCrunch, CrunchBase, and the Kumo website.

I joined United Future to help Kumo with their preliminary tablet concept. I worked with a creative director and visual designer to flush out the features and details. I created wireframes that the design team used to create PSD mock-up’s. In the end, the client successfully secured funding from investors and used our designs in their pitch.

The discovery phase mainly consisted of informal product discussions with the client. A unique product feature that differentiated Kumo from other streaming apps is that they had an electronic programming guide (EPG) as an alternate UI state to select programming. The EPG also visualized the length of a feature.

A basic hierarchy was created in Omnigraffle to help the team understand the screens and their relations to each other. The structure acted as a to-do-list, so we knew which screens needed to be designed. 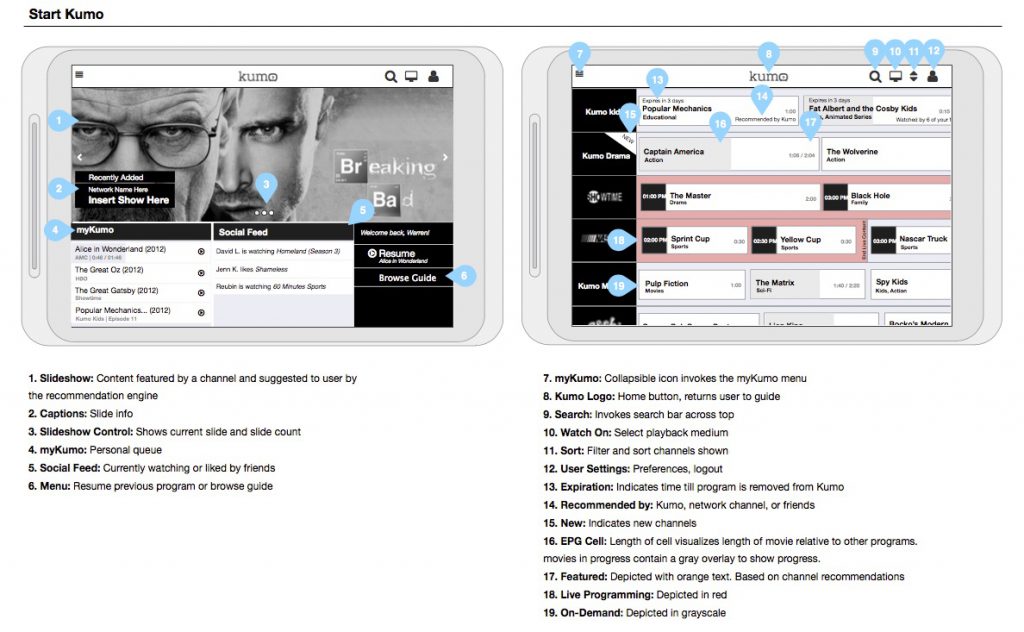 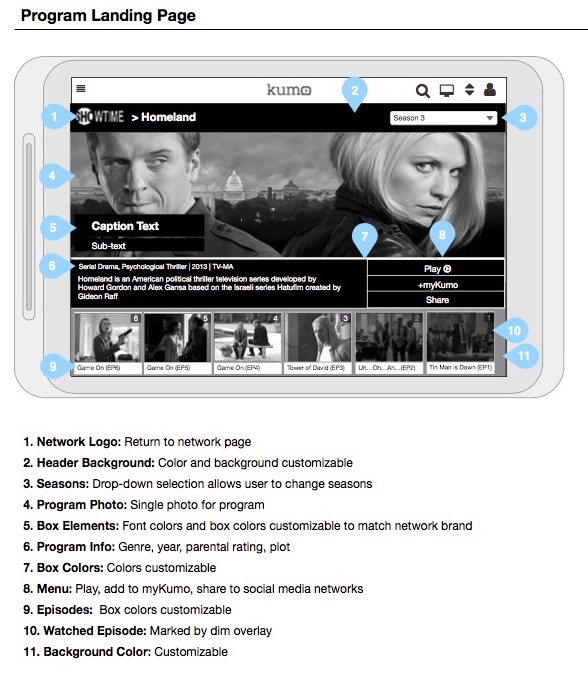